How To Tell if You Have a Half Cousin

Tracing genealogy can quickly give you a headache. While it’s fun tracking down relatives, family trees can get really big and confusing, especially once you get to the outer branches, which includes half cousins, second cousins, cousins twice removed, and so on.

But what is a half cousin, exactly? Curious how related you are to your half cousins? Here are simple explanations for each:

What is a cousin?

To understand what a half cousin is, let’s start from the beginning.

A cousin is your aunt and uncle’s child. In other words, it’s your parents’ siblings’ children. These relatives are also called first cousins.

Interestingly, despite this relatively close genetic relationship, 21 states in the U.S. allow cousins to marry one another, and six more permit it with some restrictions (mainly, if the cousins are older and unable to reproduce). It’s also allowed across most of Europe and in other parts of the world. It’s not as genetically risky, as people once thought.

What is a half cousin?

To clarify this, here’s an example:

If you share an average of 12.5% of your DNA with your cousin, you share half this, around 6.25%, with your half cousin. 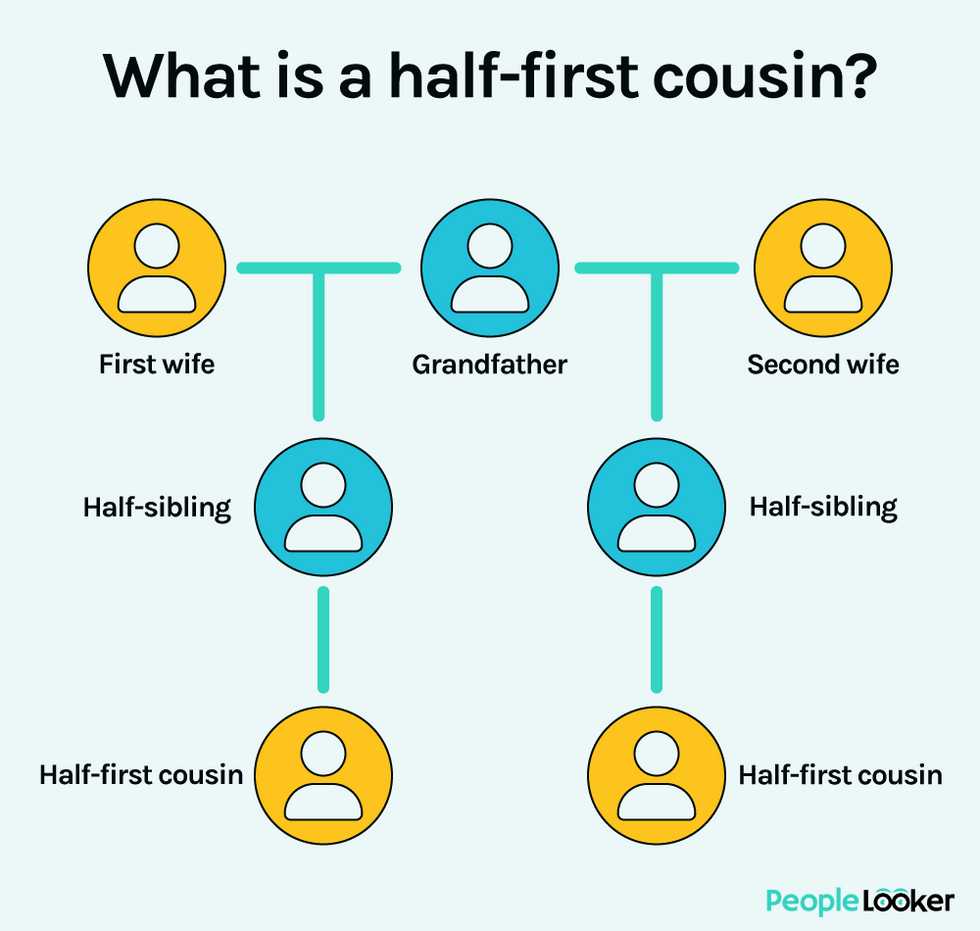 What is a half-second cousin?

A half-second cousin is a cousin with whom you share just one great-grandparent.

In other words, you and your half-second cousins share the same great-grandmother but you have different great-grandfathers. What is a half-third cousin?

You share just 0.78% of your DNA with your third cousin, and about half that with your half-third cousin. Though there is a decent chance you don’t share any DNA at all with this person. What is a half-fourth cousin?

If your head doesn’t hurt yet, let’s dive into half-fourth cousins. As you might expect, we have to go back one step further in the family tree.

In short, you and your half-fourth cousin share one great-great-great grandparent. Hopefully, you now understand your family tree a bit better. First cousins are your most closely related cousins, but you still share some DNA (though very little) with relatives as distant as your half-fourth cousins.

Chances are, however, if you don’t know them already, you could run into a half-third or half-fourth cousin and not even know you’re related. But thanks to DNA and genealogy services, it’s becoming more common than ever for distant relatives to find one another.

How to Survive Difficult Conversations With Family During the Holidays
Find My Family: How To Reconnect With Relatives
Would You Charge Your Family for Holiday Dinners?
How Can I Find Out if Someone Is Married?